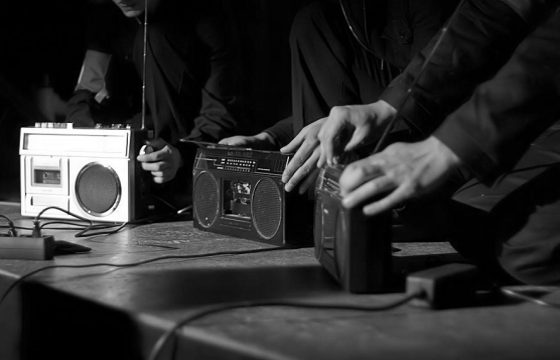 The artists’ group „zenit&nadir“ was established in 2006. From the outset the focus was to bring specific sounds to specific spaces and their surroundings. Image and sound footage was collected at and inspired by the location. At first the means of expression were limited to veejaying and not only electronic but also analog generated livemusic. Further works were commissioned by museums, openings and festivals in Stuttgart, Riga and Strasbourg. During this time there was a close partnership between the former gallery „fluctuating images“ in Stuttgart and „zenit&nadir“. On behalf of this gallery „zenit&nadir“ participated in screenings, performances and in 2007 the series of events called „exploring party – Party als Kunst“ at the Württembergischer Kunstverein in Stuttgart.